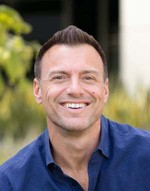 Mr. Geisler is our founder and has served as our Chief Executive Officer and on our board of directors since 2017. Mr. Geisler began his career in fitness with the purchase of LA Boxing in 2001. He franchised the brand and built it into the largest boxing, kickboxing, and mixed martial arts fitness franchise in the country. Mr. Geisler sold the business to UFC Gym in 2012. In 2015, Mr. Geisler purchased Club Pilates, which at the time had about 30 locations. Mr. Geisler served as CEO and led the company through robust growth, roughly quadrupling the number of open studio locations, before selling a stake of the company to private equity firm TPG Growth in May 2017. Later in 2017, Mr. Geisler created Xponential Fitness, with the vision of integrating leading boutique fitness brands across all fitness verticals on one platform. In addition to Club Pilates, he has brought 9 other brands onto the platform since, creating the largest boutique fitness franchise company in the world, with over 2,000 global locations. Mr. Geisler holds a B.A. from University of Southern California. 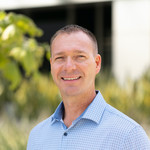 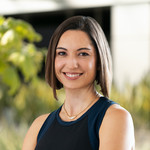 Ms. Luna has served as our President since January 2021, and, prior to that, held various roles at our brands since 2015, including President of Pure Barre, and Senior Vice President of Operations and National Sales Director at Club Pilates. Previously, Ms. Luna was a Jazzercise franchise owner, and served as a Pilates coordinator at Equinox. Ms. Luna also worked at Pilates by Sarah Luna, a Pilates concept she had founded. Ms. Luna holds a B.F.A. in Performance Dance and Biological Sciences from University of California, Irvine and an M.B.A. from Chapman University, The George L. Argyros School of Business and Economics, where she was recognized with Beta Gamma Sigma Honors. 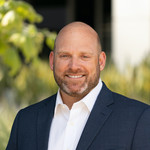 Mr. Junk has served as our Chief Operating Officer since May 2021, and prior to that, served as our Chief Strategy Officer and President for CycleBar since November 2017. Before joining Xponential, Mr. Junk served as Divisional President for UFC Gym, a mixed martial arts fitness company, where he had previously also served as Vice President of Sales. In addition, Mr. Junk also served as Executive Vice President for Capital Fitness Group LLC, a health and fitness club company; and Mr. Junk co-founded R.L.J Consulting Group, LLC, a fitness consulting firm. He started his career in fitness management at Fitness USA and 24 Hour Fitness. Mr. Junk studied Sports Medicine at Foothill College. 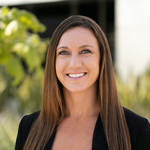 Ms. Moen has served as our Executive Vice President of Finance since 2017 and, prior to that, served as Vice President of Finance for Club Pilates since 2016. Previously, Ms. Moen served as a Senior Director of Valuation and Financial Advisory Services at FTI Consulting, where she performed valuation and transaction work. Prior to that, Ms. Moen worked as a Senior Financial Analyst at Toyota Motor Sales. Ms. Moen started her career at Deloitte & Touche LLP, where she most recently served as an Audit Senior Associate. Ms. Moen holds a B.A., magna cum laude, in Business Economics with a minor in Accounting from University of California, Los Angeles, and an M.B.A. from New York University, where she was recognized with Beta Gamma Sigma Honors.